A while ago we had an frustrating “problem” with our environment. 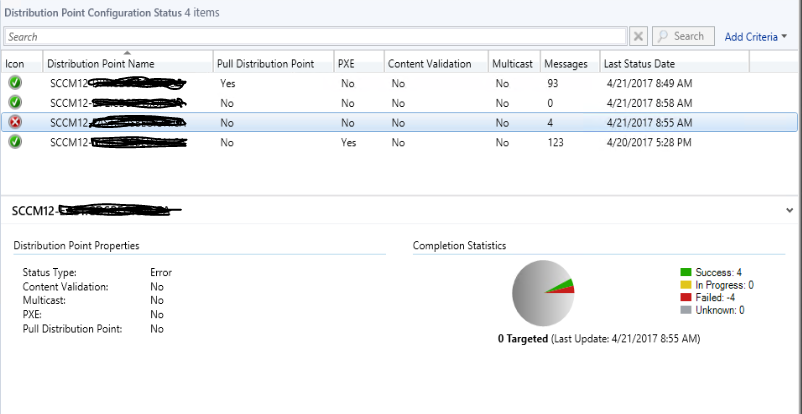 (This picture is not from my environment.. I forgot to take a picture before fixing it 🙂

Turns out this was a problem that happened to a lot of environments after one of the upgrades to ConfigMgr and that they actually informed how to fix it in the 1702 release notes.

To recover the Distribution Point that has this problem, run the following script on the Central Administration Site or Standalone primary site SQL: